The UGC Guidelines: POSH Transcends Itself To Educational Institutes

Home » The UGC Guidelines: POSH Transcends Itself To Educational Institutes

GENESIS OF THESE REGULATIONS

SPECIAL FEATURES OF THE UGC REGULATIONS

UGC Regulations emphasized the responsibility of Higher Educational Institutes to act decisively against?all gender-based violence against employees and students of all sexes, including the third gender. The regulation states that sexual harassment is gender-neutral, and educational institutes should act upon complaints of both male and female employees and all students, male, female, and third gender.

These regulations of the UGC have taken a revolutionary initiative by adopting a?gender-neutral?approach which means that irrespective of the gender, the victim can lodge a complaint, and the UGC PoSH regulations shall protect the rights of students enrolled at the institute and ensure that they are all safe from sexual abuse regardless of the gender.

In this PoSH regulation, this clause of?gender impartiality?is revolutionary in many ways. It has helped to interpret the discrimination and abuse of male, female, and third gender students and employees on par with the corporate world, which is hierarchical. For instance, it helps resolve incidents between the student and teacher in educational institutes, employees (male, female, or third gender) of these institutes, and employers. Moreover, this gender-neutral UGC PoSH anti-sexual harassment regulation would help perceive sexual misconduct better and its consequences for men and?sexual minorities.

This regulation was recently upheld in the case law of Malabika Bhattacharjee vs. Internal Complaints Committee, Vivekananda College, and Ors.

In this case, which was presented before the single bench of Justice Sabyasachi Bhattacharyya, the concern was whether a lawsuit lodged against a ?Respondent? of the same gender as the complainant was legitimate or not.

This case challenged the?internal committee?of a higher educational institute as it had refused to accept a complaint because the complainant and respondent both belonged to the same gender, i.e., female. In this case, the petitioner argued that such complaints aren?t valid.

Relying upon the case example of Vishaka and others versus the State of Rajasthan, the bench contended that the fact and principles of gender equality depend on whether the complainant falls under the periphery of the?PoSH Act 2013?or not. Therefore if the gender of both parties is the same, then the issue of gender equality doesn?t arise.

On the other hand, the respondents relied upon the University Grants Commission (Prevention, Prohibition and Redressal of Sexual Harassment of Women Employees and Students in Higher Educational Institutions) PoSH Regulations, 2015 and stated that the regulations include a wide range of people, including people of the same gender, employees, and students, and call for action in cases of sexual assault. They also argued that this, when combined with the concept of Respondent in Section 2 (m) of the PoSH 2013 Act that refers to a person as a respondent, it is evident that same-gender allegations can be considered under the PoSH 2013 Act, formed for the benefit of employees in an organization.

The High Court determined that nothing about Section 9 of the PoSH 2013 Act [referenced in Section 2(m)] prevents a same-gender lawsuit under the PoSH Act. The court also said that the definition of sexual harassment as written in section 2(n) should be interpreted in the context of the dynamic society we live in now, which has abolished?section 377?and has initiated a debate on the legalization of same-gender marriage.

Also, the definition of?sexual harassment?in section 2(n) of the PoSH act talks about infringement of personal rights nowhere includes that an individual from the same gender cannot infringe personal liberty. Regardless of the sexuality or gender of the perpetrator, any individual (a student or an employee of the institution) of any gender can feel potentially threatened or sexually abused if their dignity is violated by any of the actions contemplated in section 2(n) of the PoSH act.

STEPS THAT MUST BE TAKEN 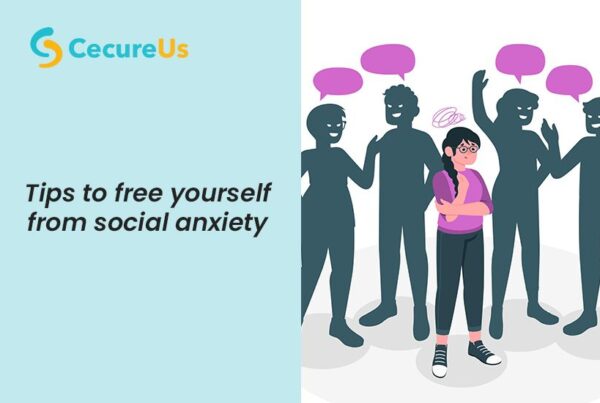 Tips To Free Yourself From Social Anxiety Moving into the Metaverse : How to Keep Your Employees Safer?