What Does LGBTQIA+ Stand for? Let’s Understand The Community Better!

Home » What Does LGBTQIA+ Stand for? Let’s Understand The Community Better!

LGBTQIA+ is an acronym that represents different identities of the extremely diverse and inclusive community. To support an ever-growing community that is constantly evolving, it?s important to understand exactly what they stand for.

The first 3 letters of the acronym – LGB, primarily represent the sexual identity of an individual. In other words, the identity of a person based on their romantic interest, sexual interest, or attraction.

L ? Lesbian: Refers to a woman who is sexually, romantically, or emotionally attracted to another woman.

G ? Gay: Refers to an individual who is sexually, romantically, or emotionally attracted to another person of the same gender.

B ? Bisexual: Refers to a man or a woman who is sexually, romantically, or emotionally attracted to more than one gender (not necessary that the attraction is simultaneous).

The letter T that follows has had quite a few terms and definitions, all dealing with gender identity. The most commonly accepted term corresponding to this letter of the acronym is as given below.

T ? Transgender: This term refers to all those individuals whose gender identity or expression does not correspond or match with the sex (male/female) they were assigned at birth.

Trans and Transsexual have also been interchangeably used overtime in place of transgender.

However, while the former is more of an umbrella term for members of the transgender community, the latter only indicates those individuals who are in the process of transition or have already transitioned from one sex to another through surgery or medical treatments. Hence the term transsexual is to be used with great caution and sensitivity, and only after an individual has identified as being transsexual.

Another point to note is that, while many individuals choose to cross-dress, not all of them who do so are transgenders.

The letter Q of the acronym has two predominant terms or meanings.

Q ? Questioning: This term refers to those individuals who are non-heterosexual but quite unsure of where they belong under the LGBTQIA+ community, exploring their sexual orientation and gender identity.

Q ? Queer: This is the more common term and it happens to be an umbrella term for all those individuals with fluid gender identities and sexual orientations. (According to the concept of Fluidity, sexual orientation and sexuality is continuous and changes during the course of a lifetime.) The word also happens to be a blanket term for sexual and gender preferences, orientations, and habits of the non-heterosexual population.

Thus, this term encompasses Lesbian, Gay, Bisexual, and Transgender along with orientations and identities that don?t fall under these categories. It has also come to be used in place of LGBTQIA+ and many of the community choose to identify themselves as Queer.

The word ?queer? has a certain history to it that?s hurtful ? ?queer? was (and sometimes still is) used to belittle or disrespect LGBT people in a derogatory manner. However, more and more people of the community have begun to use the word with pride to identify themselves.

Here?s what the letter I of the acronym stands for.

I ? Intersex: Intersex stands for individuals whose reproductive or sexual anatomy cannot be defined as either of the two typical sexes ? male or female. In other words, these individuals do not have the defined sexual anatomy that can be distinguished clearly. Their biological characteristics may also vary as it does for many of those in the community.

It is imperative to understand that Intersex and Transgender are not the same.

So then, what does A stand for?

A ? Asexual: There are individuals who are not sexually attracted to anyone, even if they happen to be romantically or emotionally attracted. Being Asexual has been found to have nothing to do with mental illnesses/disorders, hormonal imbalances, or even celibacy. These individuals do not feel any sort of sexual attraction and that?s that.

A ? Ally: Allies are individuals who do not belong to the community per se but support the LGBTQIA+ Community in any which way that they can, and fight against the intolerance the community has been facing and faces even today.

Last but not the least, here?s what the + denotes.

+ – stands for the ever-expanding community, with many more diverse orientations, preferences, and identities of the non-heterosexual population that hasn?t yet found a place in the acronym.

Listing a few more words here that haven?t been added to the Acronym, but have been denoted by the + and are very much included as part of the community.

Cross?Gender: Refers to an individual who wears the clothes of another gender. It is considered an intrinsic part of their identity.

Pansexual: Refer to individuals who are sexually attracted to all genders and sexes.

Pangender: Refers to an individual who has a non ? binary gender identity. They experience all gender identities at the same time or overtime.

Demisexual: Refers to an individual who requires an emotional bond with a person to feel sexually attracted to that person.

Polyamorous: Refers to individuals who are open to consensual romantic and/or sexual relationships with multiple consenting partners, simultaneously.

Genderqueer: Refers to individuals with no gender, both genders, or a combination of gender. It?s more of a gender term.

Two-spirit: A term that is used by Native Americans as a reference to a third gender.

Androgynous: Individuals who display both masculine and feminine traits.

Omnisexual: Same or similar to Pansexual. Difference being, persons who identify as Pansexual feel attracted to people without noticing their gender, while those who identify as Omnisexual recognize the gender of potential partners.

The terms and definitions here are extensive but are still a far way off from being an all-inclusive list. That is the nature of the community itself. These are the basic definitions and more research can yield much more information needed to truly understand the community.

The LGBTQIA+ community has been around for as long as humans have lived but the acceptance for them has just begun and it is sad to note that we are still a long way to go. The community has been facing a lot of stigma and prejudice and the first step to stop the discrimination against them is to understand that they are humans too, as much of a human as any human being out there. They deserve the respect, dignity, and freedom of expression just like anyone else.

Understanding their struggle, being sensitive to their problems, openly voicing out support, and educating those around us about the community can help reduce prejudices to a great extent. At a corporate level, policies need to be drafted to include this community, giving them a safe and secure work environment, along with equal opportunities.

This Pride Month, let?s firmly decide to not judge anyone for their looks and preferences. Let?s have an open mind work towards the freedom and the acceptance the LGBTQIA+ Community truly deserves! 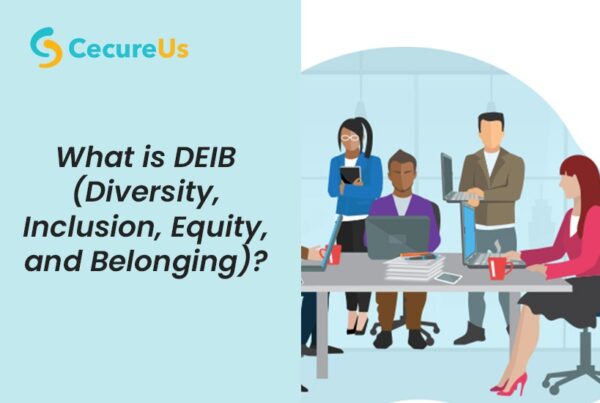 What is DEIB(Diversity, Inclusion, Equity, and Belonging)? 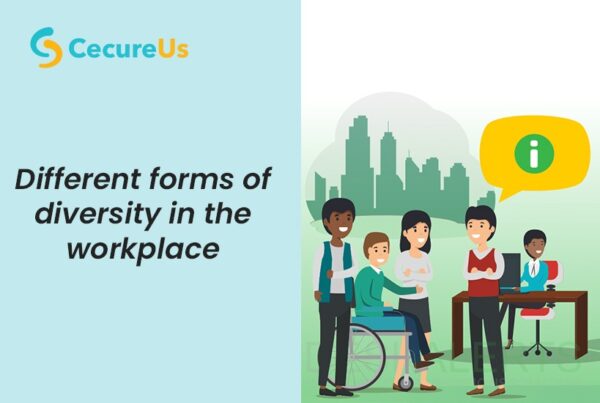 Different forms of diversity in the workplace